5thNovember 2018…the moment my life changed forever due to the birth of our baby son Henry.

I am staring down at this little human who, although a complete stranger, I feel like I have known all my life. We left the hospital at 5am and drove home in silence. Both overwhelmed and exhausted. I remember getting home and finding it strange that everything was exactly the same as we had left it but now was the house our boy would grow up in.

The first week was, by far, the toughest week of my life. I realised I had been very naive in relation to my expectations of motherhood. I was picturing a week of utter elation, walks in the park and showing him off to our friends and family. In reality, my body felt like I had been in an accident. I could barely walk, our son cried…. all day, we couldn’t face any visitors and I was consumed by an almighty feeling of dread. Which I of course then felt guilty about just to add to the bleakness!

I could write forever about the struggles I encountered just trying to do the simple act of feeding my baby but I will spare you a novel. To summarise however, after a week of exclusively breastfeeding a routine weigh in told us he had lost over 12% body weight and we had to take him to hospital that same day. My milk never fully came in so we combined fed for 8 weeks until I finally switched to formula. Stopping breast feeding was one of the hardest decisions I have made but the turmoil of doing it and knowing it wasn’t giving my son what he needed to thrive was worse. The bottle feeding caused him to be a lazy breast feeder and each time I would try to feed him I would be in tears. I decided he needed me happy and well more than anything else. I still however get a knot in my stomach every time I see a woman breast feeding as it reminds me that I couldn’t…and I have not quite shaken the feeling that I let Henry down so early on.

The first 6 weeks were just a scrambled mess of fear, love and a messy house! My boyfriend of 10 years was my saviour. I will be forever proud how both of us navigated through those difficult times and have come out the other side much stronger for it. I am not ashamed to admit I had days where I really questioned if we had ruined our lives…. but one look at the most beautiful baby boy in the world would soon tell me otherwise.

Almost 4 months later and the black fog has lifted, having a baby is all about adjusting. I have stopped grieving for the life I had…because I did do that, even though Henry was very much planned. Instead I am just used to our new reality, the constant worry about Henry I fear is just a normal part of motherhood but what I have not touched upon yet is the trade off for all of the worry, guilt and sleepless nights. It’s about staring into my boys’ eyes with so much love and pride my brain cannot quite comprehend it. I still cannot believe I grew this human and that a part of me now exists in someone else. I can safely say he will forever be my greatest achievement. I wake up excited to spend my days with him and miss him terribly if we are ever apart. Don’t get me wrong, I still get days where I call my partner in tears but overall my confidence as a mum is growing every day and I have a profound sense of purpose. That everything in my life so far has just been to get me here and ready to be his mum.

We still have trouble with his weight gain but have had confirmation that he is healthy with no underlying issues. He is changing and developing so quickly which we find so fascinating. I am eager for him to grow up but know I also need to relish these precious early months which we will never get back.

I have such a new-found respect for all the mums and dads out there. Those who have more than one blows my mind right now! Super heroes don’t need capes or magic powers…there are thousands out there already armed with wet wipes and muslin cloths! 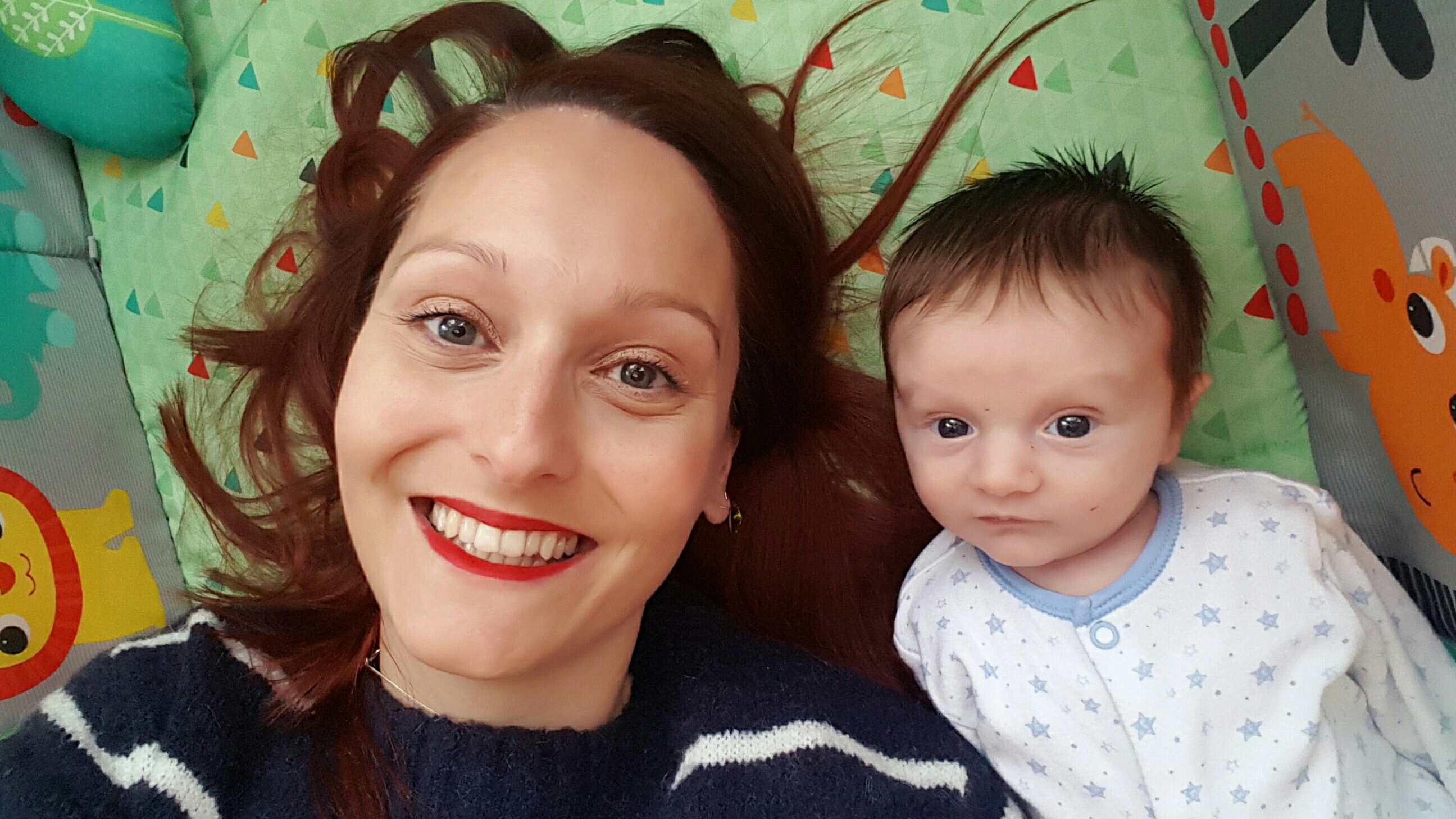 Thank you for signing up!
This site uses cookies: Find out more.
Go to Top